Second Friday Celebration of the Arts

Second Friday, sponsored by The Elms Hotel, is a local celebration of the arts.  Beginning at 6 pm on the second Friday of each month (except January & July), this free event includes music, new art exhibitions opening reception, open 3rd Floor Studios and ArtShop, and readings of original work by the Oxford Writers Group.

Exhibition: B & W Photographs: No People, No Explanations
In the fall of 2017, a Facebook photography challenge was posted on the Oxford Visual Arts Connection (OVAC) page. The challenge was to post black and white photos for seven days. These photos could be of any subject except people and were to be posted without any explanations.

The members of OVAC ran with this challenge, posting many strong photographs online. Members decided to propose an exhibit to Oxford Community Arts Center to share selected photographs with the community beyond Facebook. Three members – Elizabeth Brice, Debra Bowles, and Lee Baker DeVore agreed to organize and co-curate the exhibit.

B & W Photographs: No People, No Explanations uses the original Facebook challenge as its basis and presents the work of over 20 OVAC members.

Exhibition: Portraits in Glass - Laura Weaver Brooks
Laura works in both stained glass and acrylics.  In both mediums, she find the human face a fascinating subject.  Traditionally, faces have been painted on glass for stained glass works.  Brooks thought that she would try to do faces in glass rather than paint them on glass.  The results are not always what she plans, but that is also the case when painting.  It can be a surprise in both mediums.  Hopefully, it is a pleasant surprise.

Laura Weaver Brooks studied art sporadically, taking classes in high school, college and at the School of the Chicago Art Museum.  "It would have been nice to be able to earn a living with art," She said,  "but I could never figure out how to do it.  Maybe I was never sufficiently devoted."  Once I retired from working as a physical therapist, I returned to working in stained glass and to painting for her own pleasure.

Performance: Kevin Malone & Stillwell Becket
Kevin Malone has been playing music in the Cincinnati area off and on since the late ‘80’s in such semi-legendary bands as the Love Cowboys, Great Uncle Short Fuse, and the Summer Nationals. After reconnecting with some old friends, the band STILLWELL BECKETT was formed. The rest is potential history. The performance begins at 7:30

Every TUESDAY at $10 per session ($7 for students) , paid at the door. Includes 2-hour drawing session with a live model, followed by optional sharing and feedback time, a chance to sharpen skills, share tips and meet other artists in a fun and relaxing environment, live model, music, coffee & light refreshment, BYOB. No reservations required. Calling All Models! Continue Reading
Feb
4
Tue
10:00 am Paint Out – Plein Air Painting G...
Paint Out – Plein Air Painting G...
Feb 4 @ 10:00 am – 12:00 pm 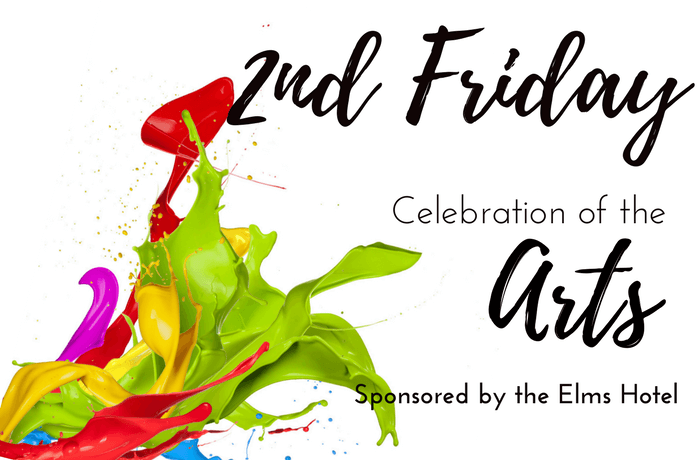 Second Friday, sponsored by The Elms Hotel, is a local celebration of the arts. Beginning at 6 pm on the second Friday of each month (except January & July). This free event includes music, new art exhibitions opening reception, open 3rd Floor Studios and ArtShop. Stay tuned for more information about the Art Exhibits and Music featured at this event!
View Calendar
Add