About the Artist
Howard Krauss is a watercolor artist with a studio at the Oxford Community Arts Center, where he also teaches classes. He grew up in Brooklyn, NY, where he was introduced to art at a very early age at the Brooklyn Museum of Art. It was there he discovered that art is not merely copying scenes, but interpreting them into shapes and designs. He also came away with an understanding of different techniques, and the reasoning behind why and when to use them. He was introduced to the term “starving artist” and, not wanting to be one of them, he pursued a career in science. Now, being retired, Howard divides his time between painting and teaching other skills he has learned over the years. Most of his paintings feature locations he has visited during his travels. Nathaniel Foley lives with his family in Indianapolis, IN. He has been teaching in higher education since attending graduate school at Miami University from 2011-14. He currently works at the University of Indianapolis, teaching sculpture and 3-Dimensional Foundations. He continually tries to experiment with making processes and materials to find new ways to create his work. His goal is to be a lifelong learner.

Growing up in a family of pilots, I was exposed to the awe-inspiring mysteries of flight at an early age. I quickly developed a deep respect and love for the field of aviation. Countless hours were spent building models of planes and talking about aircraft with my father, a certified aviation mechanic and instructor, whose passion propelled my curiosity. Our conversations resulted in my insatiable desire to create forms with my own hands that brought my interest in aviation to light utilizing construction techniques and processes (such as riveting and sheet metal fabrication) that have been used throughout aviation history.

Human existence is closely tied to travel. In the last century, the boundaries of our existence on this planet have been significantly transformed as our yearning to defy earthly limitations via manned flight became a reality. And, a more sinister side of air travel has arisen from the use of aircraft to inflict harm on an enemy. I communicate concepts rooted in aviation history through a visual language that references both travel and warfare by hand fabricating dynamic and iconic forms of flight. These sculptures consist of cones that are integrated with spires and held together under tension, supported by utilitarian containers (crates). This fragile relationship of forms exposes the delicate balance between grace and imminent danger, similar to the fleeting ballet of courting birds or the hostility felt between foes engaged in a dogfight. Through references to aeronautical form, the sculptures in Flight of Obscurity communicate tension and dance in direct opposition of fundamental forces. J. Steven Cox was born In Batesville, Indiana, and grew up in Metamora, Indiana.  He attended Indiana University in Bloomington, Indiana where he majored in Forensic Studies with areas in Psychology, Sociology Political Science and Religion. While at Indiana University Steve took an art history class for non-majors and it was this exposure to the visual arts which began his interest in painting.

Art, like many forms of expression, is a means of representing what we experience and feel in a way that is demonstrably different than its reality. It is the process of creation that excites the artist and the possibility of achieving something that you were not entirely convinced you were capable of in the first place drives the artist forward. I paint what I see on a daily basis around my farm. Rarely do I travel more than a couple of miles to find subject matter that interests me. The works selected for this exhibit represent that close proximity to where I live, work and have made my home for the past thirty years. The exhibited works represent the ways in which I see the landscape which surrounds me as it is and infused with what I hope it to be as it serves as the backdrop for my life. I paint because I can’t not paint.  Sometimes more prolific than others and, at times, more accomplished than others, painting is always singularly focusing as one issue is resolved in favor of the next. 2nd Friday Celebration of the Arts Celebrate a new month of fine and performing arts! Starting at 6 pm, stop by to view work from local and regional artists in one of three art gallery spaces. While enjoying complimentary hors d'oeuvres and wine, browse the Art Shop on the first floor or meet one of our Resident Artists on the Continue Reading
Nov
13
Sat
11:00 am Oxford Empty Bowls @ Oxford Community Arts Center
Oxford Empty Bowls @ Oxford Community Arts Center
Nov 13 @ 11:00 am – 2:00 pm 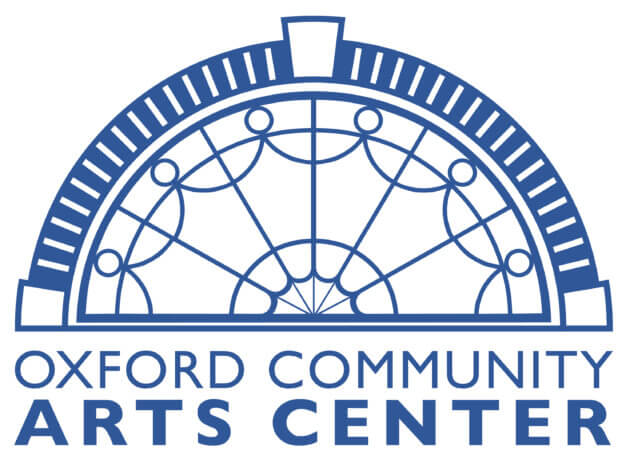